You may know Coach Michael “Shag” Hermosura as the man who led his Campbell High School Sabers softball team to three Hawaii state championships in a row. He’s a well-known and highly respected coach in high school sports circles and has gotten plenty of facetime on OC 16 —now Spectrum OC 16 — and in the newspaper.

But did you know that his day job is making sure some of Honolulu’s most beautiful parks and their facilities are kept in good working condition? Hermosura is a City & County of Honolulu Parks and Recreation groundskeeping supervisor, and he’s been on the job for nearly 20 years. He’s also a proud Unit 2 HGEA member. His parks and recreation area of responsibility stretches from Paki Hale to Kapiolani Park and includes the bandstand, tennis courts and more.

As a leader, he likes to deflect all credit for his work to his team and has a saying: “The men make the supervisor. If you take care of the men, the men take care of you.” It’s something he learned years ago from his former bosses.

On union membership, Hermosura comments, “You may think you won’t ever need your union, but they are always there when you need help. You hope everything goes right, take care of your business but if something does happen, it’s good to know your union is there.” 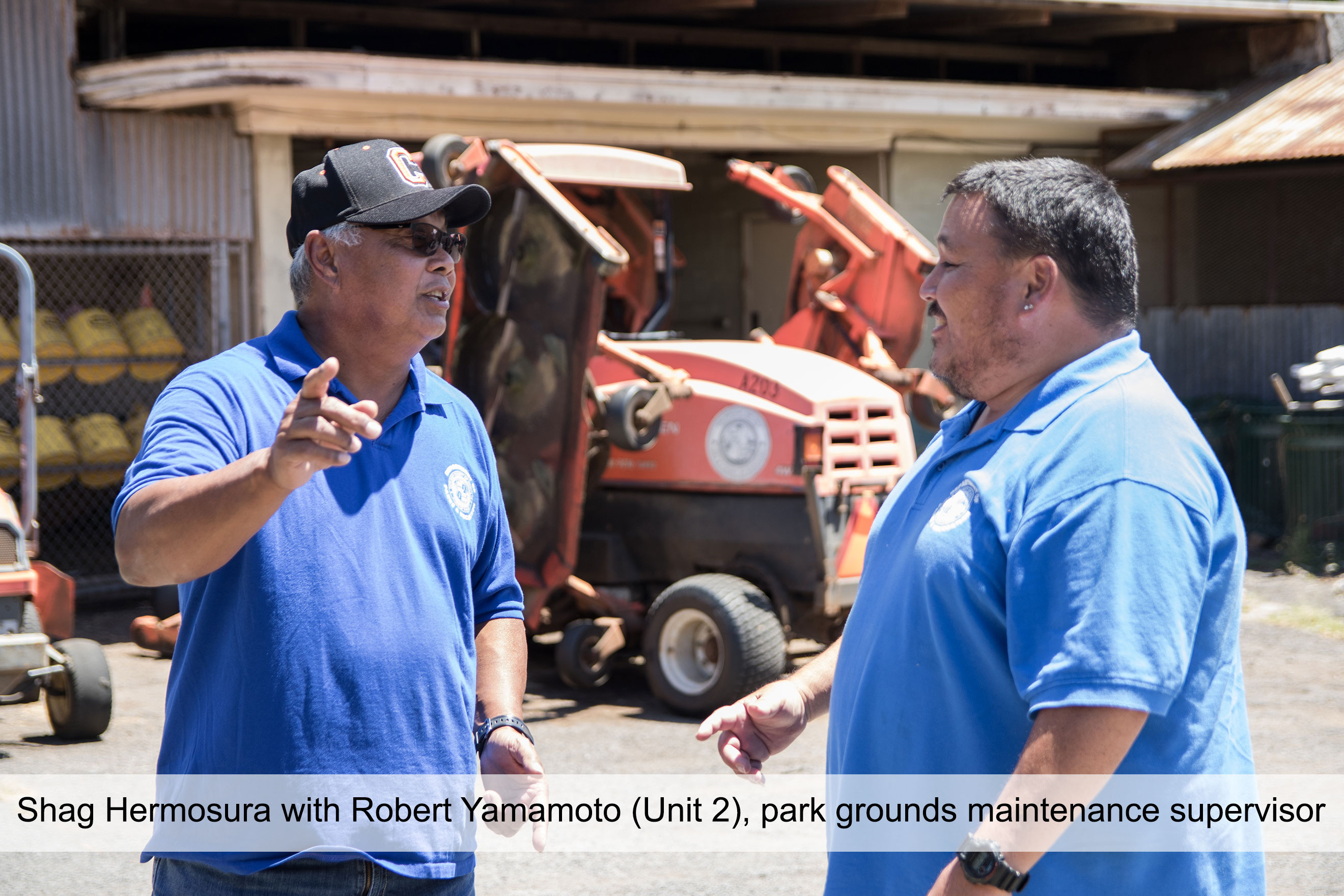 In his nearly 20 years on the job, he and his crews have prepped the parks for countless high profile events, including the annual Okinawan Festival, the Honolulu Marathon, and everyday activities, such as youth soccer practices. Hermosura and his team are part of a larger group of public workers who quietly get the job done for the benefit of all who enjoy these open spaces.

Let’s remember and celebrate all the good work that public workers do to benefit our city, counties and the state. Dedication to public service is more than a job, it’s a calling.